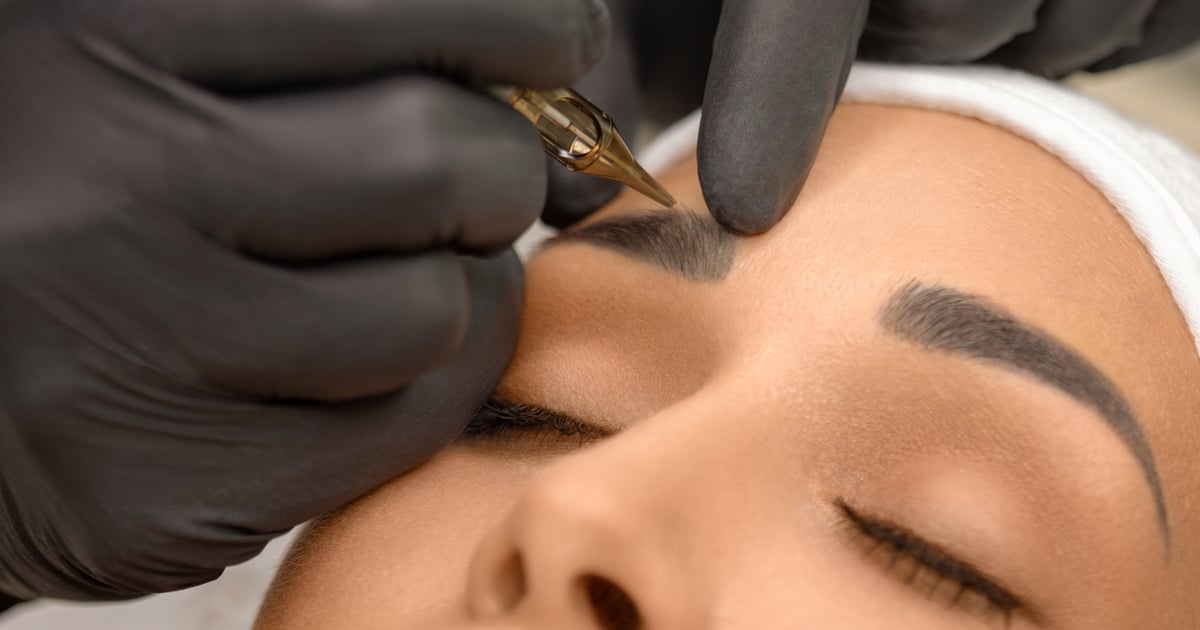 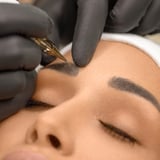 Options for enhancing your natural eyebrows range from simple makeup techniques to more permanent solutions like eyebrows transplants, and somewhere in the middle falls microblading. This form of cosmetic tattooing has become popular in recent years and lasts about a year or two before needing to be touched up. For a while, microblading was the go-to for anyone who wanted natural-looking eyebrows without the hassle of using makeup every day. But now, there's a newer, slightly more advanced procedure out there that's worth knowing called nanoblading.

If you're considering getting your eyebrows microbladed because you want longer-term results, nanoblading may actually be the better option for you. To find out what the difference is between microbladed and nanobladed eyebrows, keep reading.

For definition purposes, let's go over microblading first - the process uses a handheld device with several needles to insert pigment under the skin that resembles tiny hair-like strokes. "Nanobrows, also called hair-stroke brow tattooing, is a precise technique that has a similar result to microblading, although it is done using a digital device/tattoo machine and a single needle," Shaughnessy Otsuji, owner and restorative tattoo artist at Studio Sashiko, told POPSUGAR.

Microblading is great for anyone who wants to change their brow shape slightly or create naturally fuller-looking eyebrows where hair no longer grows. Nanoblading, on the other hand, "can be beneficial for those who are wanting a natural-looking brow but have thick, textured, or oily skin." It also works well on correcting previously tattooed brows.

In the metric system, the prefix "nano" is slightly smaller than "micro," so nanoblading uses an even smaller, singular needle technique. This has a few benefits. "The design of the machine used with nano brows tends to cause less trauma to the skin and allows for more precise pressure and controlled movement to create crisp hair strokes," said Otsuji. That said, "the skill level of the artist becomes slightly more important" with something like nanoblading.

What Happens During a Nanoblading Treatment?

The process of getting your eyebrows nanobladed is similar to microblading. The first half of the appointment should consist of a consultation where your brow artist helps you determine the best shape for your nano brows, as well as the size and the color of pigment to be used. "An assessment of the client's skin type is also important to determine if there may be more technical skill required to achieve the end result," said Otsuji. Once the shape of the new eyebrows is determined, it's sketched onto the skin just like a tattoo stencil and a topical anesthetic is applied.

Then "a single moving needle and machine is used to slowly implant pigment into the skin," said Otsuji. "This process can take some time as each individual stroke is meticulously drawn using the tattoo machine." Additional nano strokes can be layered to create the look of fuller, thicker, and darker brows if needed, however, that should occur during a later appointment "as to not overwork the skin." From start to finish, nanoblading takes about two to four hours.

How Long Do the Results of Nanoblading Last?

Nanoblading is a semi-permanent eyebrow treatment where results last anywhere from two to three years. "Nano brows can have slightly longer-lasting results than microblading due to the depth the pigment is implanted into the skin," said Otsuji. To keep the results looking fresh, Otsuji recommended touch-ups every one to two years.

Is Nanoblading or Microblading Right For Me?

Consulting with a professional that offers both nanoblading and microblading is the best way to determine which treatment is right for you. As a general rule of thumb, Otsuji offered this guide: "Microblading is a great option for normal to dry skin types, and machine-made brows like nano brows can work for a variety of skin types including those who are very oily or scarred." And if you're trying to correct or cover up previously tattooed or microbladed eyebrows, go with nanoblading.