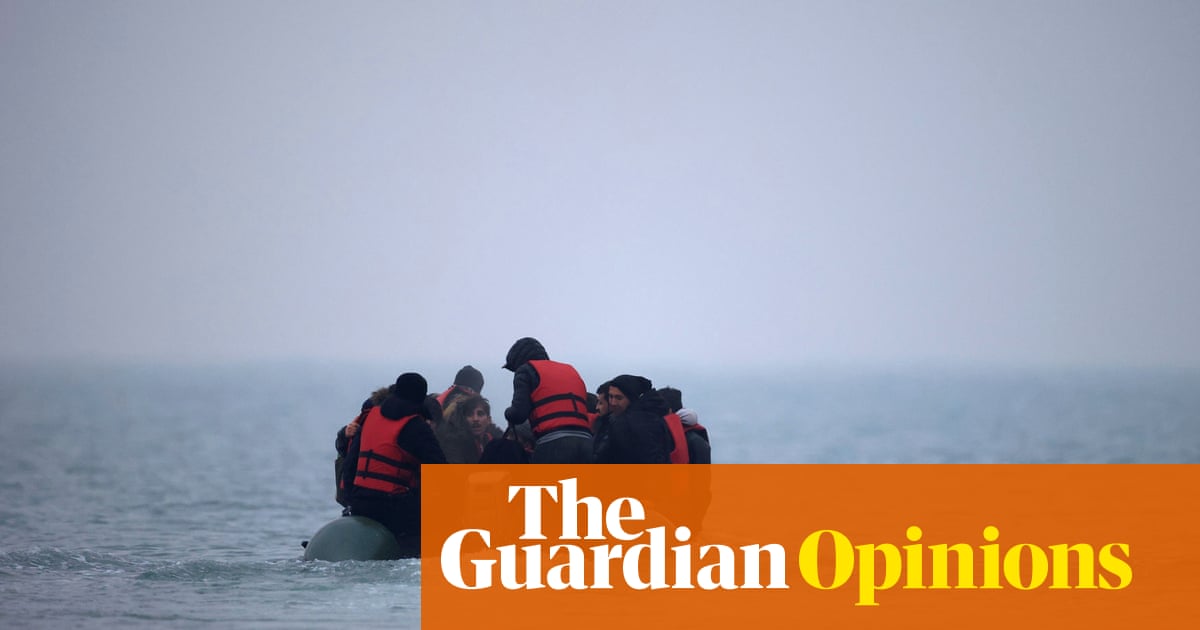 Twenty-seven dead in the icy Channel. This must be the spur for change | Gaby Hinsliff squib

No one would attempt a crossing in the flimsiest of boats if they had a better option. Now our job is to provide them with one

It was the kind of boat, a French politician said, that you blow up like a paddling pool.

Not much more than a toy, of the kind many families will have bought this summer for their children to play in on the beach. But this winter, flimsy inflatables may be all that stand between other people’s children and a watery grave. Smugglers charge a small fortune for places in boats so dangerously overloaded that some begin to sink while still in sight of land, while others drift in darkness through one of the busiest shipping lanes in the world. Refugee charities had long warned of a tragedy waiting to happen, and so it has proved. At least 27 human beings, including a pregnant woman and three children, lost their lives in the freezing November sea this week, in the worst such incident since human traffickers began using this route three years ago.