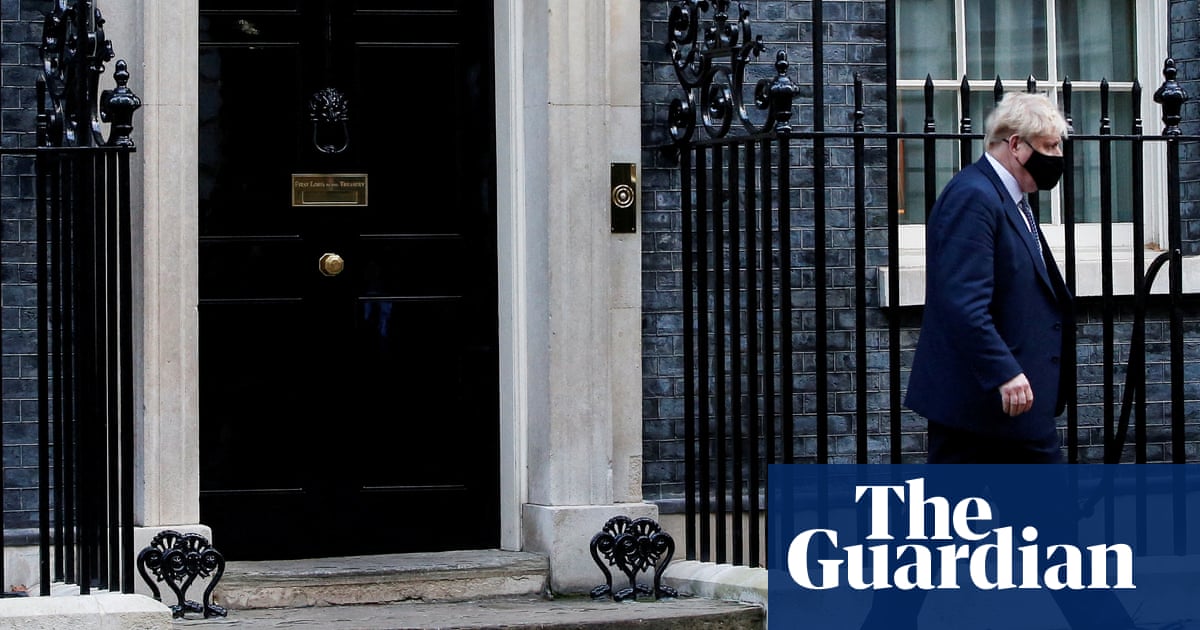 ‘Lead or step aside’: pressure grows on Boris Johnson to go squib

Pressure is mounting for Boris Johnson to resign after a tumultuous week of revelations about rule-breaking Downing Street parties, with senior Tory MP, Tobias Ellwood, saying the prime minister must “lead or step aside”. A growing number of Conservative MPs have called for him to go.

Up to 20 Tories MPs are thought to have submitted letters of no confidence in Johnson, according to the Telegraph – although that is well short of the 54 needed to trigger a leadership vote.

I don’t need to see what Sue Gray says to know that for me, Boris Johnson has lost the moral authority to lead the country. If there’s another emergency where he has to call on the public to make sacrifices, he doesn’t have that authority. That makes his position in my book, as prime minister, completely untenable.

It doesn’t matter whether the prime minster was present or not present – ultimately, he is responsible for what goes on in the government, he’s responsible for the culture in No 10 and what we’re seeing is a culture where there’s one rule for them and the rest of us do what we’re told, and that’s just not acceptable. I’m not sure that any apology is going to put that right.

The prime minister must lead or step aside. We need leadership.

I feel pretty emotional about this because in May 2020 my wife and kids were unwell and they went to hospital. I was not able to go there to support them. And I’ve got constituents who couldn’t go to the care homes, to funerals, who were obviously obeying the rules and quite clearly in No 10 at that time there were a number of people not behaving appropriately. I feel pretty emotional that I wasn’t able to support my wife and kids.

There are a lot of MPs in parliament who owe their seats to him. There are also MPs like me that recognise that when it came to winning that election in 2019, he did a fantastic job but now, regretfully, he looks like a liability. He is damaging the entire Conservative brand.

After prime minister’s question time [on Wednesday], it sounds to me, I am afraid, very much as though politically the prime minister is a dead man walking.

I think it’s serious. I think it’s very serious indeed. And I frankly think that he’s done a good job delivering certain things. But I think we’ve now got to the stage where, frankly, we have to find another leader.

I don’t think it should be left to the findings of a civil servant to determine the future of the prime minister and, indeed, who governs this country. The prime minister’s position is untenable.”

I don’t think his position as prime minister and leader of the Conservative party is tenable and he does need to resign.