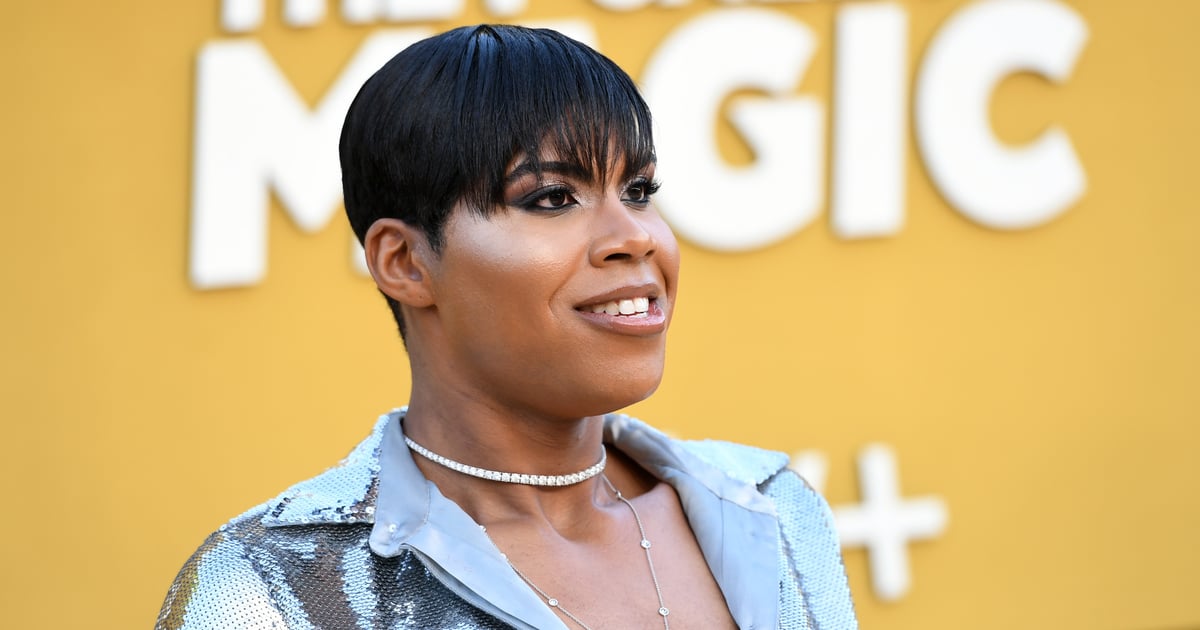 EJ Johnson on His Father, “They Call Me Magic,” and “The Proud Family” Reboot squib 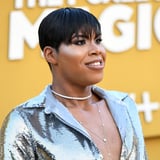 Basketball legend Earvin "Magic" Johnson has given his life story "The Last Dance" treatment in a four-part documentary titled "They Call Me Magic." With interviews from fellow athletes, close friends, and family - including his wife Cookie, sons EJ and Andre, and daughter Elisa - the Apple TV+ docuseries, which premiered on April 22, takes a holistic look at the former Los Angeles Lakers player's life - from his early playing days and HIV advocacy to his community and entrepreneurial pursuits.

"I think that we both needed time to grow and come to terms with the change and evolution of our relationship."

According to EJ, Magic's idea to film a documentary about his life came up in 2020. "He had gotten a lot of interest after 'The Last Dance' and so he just decided to do his own," he tells POPSUGAR. "The Proud Family: Louder and Prouder" star filmed his interview for "They Call Me Magic" in May 2021. In it, he speaks candidly about his father's electric personality, and how their relationship evolved after he came out to his family. In the docuseries, Magic touches on his initial struggle to accept his son's sexuality. But today, EJ assures the two have a tight father-son bond.

"I think that we both needed time to grow and come to terms with the change and evolution of our relationship," he says. "It came at a good time because I was a senior in high school and I was going to NYU in the fall [of 2010]. So that time away really gave me the time and space to really just come into my own . . . I think he needed time to leave himself with it, away from me, and also just watch me continue to change into the person that I was becoming."

EJ's family was supportive when came out at the age of 17. In "They Call Me Magic," he reveals that, at one point, it was easier for him to be himself at school versus at home. His father says that he flat out didn't accept his son's decision at first, but had to remind himself to be more open-minded. EJ - who considers him and his father one and the same - says that eventually brought them closer together.

"It was very powerful for both of us and our relationship continues to just get deeper and deeper every year," he shares. "We are the most alike out of anyone in the family, and I think during that period, we both got to see honestly, how alike we are."

"I always would make a joke and say I'm definitely a product of Magic - I'm fully Magic's child."

EJ says he and Magic they're both independent, private, good judges of character, and appreciative of the limelight. He even attests that he has split personalities as his father does with Earvin and Magic. "There's a big difference between Earvin and Magic," EJ remarks. "Earvin is very much a homebody, small-town oriented, grounded, and very chill. And then you have Magic, who is just a huge star and loves to dress up and is always the life of the party; the central point of any room he's in. So I always would make a joke and say I'm definitely a product of Magic - I'm fully Magic's child. I don't really identify with Earvin at all . . . Magic and I get along great and I also have the ability to bring that out of him . . . I take a lot of pride in the fact that I can do that."

In addition to "They Call Me Magic," the former athlete's life story is also the subject of HBO's "Winning Time: The Rise of the Lakers Dynasty." The dramatized series is based on the NBA's team iconic run in the '80s, though its received blowback from some of its subjects for inaccurate portrayals. Magic slammed the new series in his Variety cover story; he said neither HBO nor the show's creative executives sought him or his teammates to participate. Those who have seen the Apple TV+ and HBO shows will notice a drastic difference in the narratives about Magic. But to get the real truth, EJ says viewers should definitely tune into his father's docuseries. "['They Call Me Magic'] is the truth from his perspective . . . But obviously, if you want the real story, then go to the documentary." he says.

Related:
"Winning Time" Will Continue the Lakers Story in Season 2

"We've never seen a proud non-binary character, live-action or animated, anywhere [on TV], so this is a really huge deal for me to bring Michael to life."

Outside of starring in "They Call Me Magic," EJ is also gearing up for the second season of the "Proud Family" reboot. The actor, who voices the show's openly gay character Michael, says he's beyond grateful for his role as he's always wanted to be part of the Disney family. "This is very much a dream come true for me," he shares. "To bring a character that's the first of its kind to life is just so crazy and iconic to me. We've never seen a proud non-binary character, live-action or animated, anywhere [on TV], so this is a really huge deal for me to bring Michael to life."

Disney+ renewed the revival for season two earlier this month, and EJ is excited to see where the show takes his character next. "I'm just ready to continue to open those doors and play more iconic characters like that," he says. "Really just let all the viewers know, no matter what age you are, that you can live your life, live your truth, and love yourself.